There are so many things to do Merida has to offer — From beaches to cenotes, Mayan ruins to restaurants!

Things to Do Merida Mexico

Wondering what to do in Merida? Don’t worry — there’s plenty of things to do Merida Mexico has waiting for you. I you simply want to stay in Centro Historico (Historic Downtown), stroll the tree-lined Paseo de Montejo, and visit the Merida museums, you’ll never run out things to do in Merida.

Venturing outside of town, there are many amazing day trips from Merida to nearby colonial cities and pueblos mágicos (magic towns), like Valladolid, Izamal and Sisal Beach, and the UNESCO World Heritage Site of Campeche City. Don’t miss the Mayan Ruins near Merida, including Chichen Itza, Uxmal and Dzibilchaltun Ruins. 🚗💨 Head here for Merida rental car info.

Want to take a swim and escape some of that tropical Merida weather? There are numerous amazing Merida beaches, located as little as 30 minutes away, and also many beautiful Merida cenotes (sen-no-tays, natural pools), located within 1-2 hours by rental car. 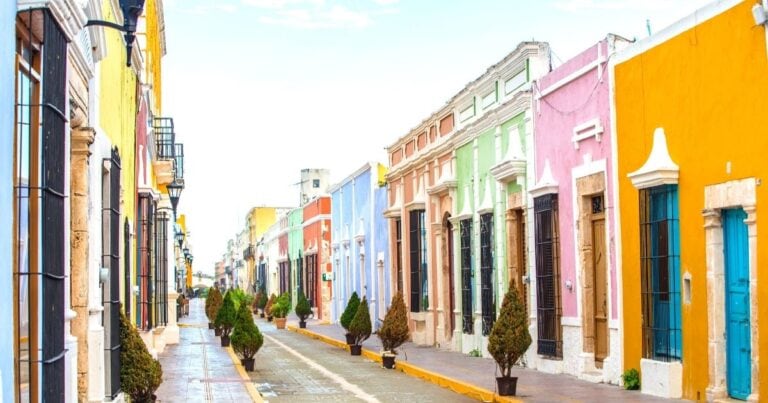 Discover the 50 BEST things to do in Merida Mexico! These Merida things to do have all been pinned to a handy Merida map for your convenience.

Merida day trips to nearby cities